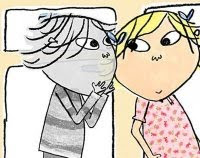 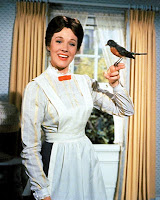 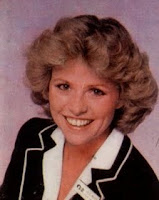 I pick up his orange backpack and sign him out and then he pulls at my hand and says I want to say bye bye to Henry.
I nearly clap my hands together with glee. At last, I inwardly squeal. A little friend!
I scan the roll but there's no 'Henry' on the list. No matter, I think. Tricky has made friends with one of the big boys from the other class. Nice.
We go out to find Henry, I can't wait to meet him, and Tricky can't see him, but then again - yes he can, no he's gone no he's there, no he's not.
I start to ask the other small children: Where is Henry? Tricky wants to say bye bye, and they give me the blank rolling eye stare so beloved of the teen of their species.
There is no Henry, a very young ladyperson informs me with barely concealed contempt and I laugh this off because remember Soren Lorenson? Lola's imaginary friend? He's darling and she's delightful and she totally has a wonderful life even though no one else can see him.
Also, I have a friend who I recently learned was bff with an imaginary boy who lived in the gas meter box. He's now in his mid-forties with a lovely wife and children. (The friend, not the imaginary boy who was tragically abandoned when the family moved house and became fully electric.)
And anyway, Tricky has spied Henry now and is dragging me in for the kill. There he is!
I can't see Henry, I say, Is he wearing a blue hat? Has he got a green bag?
No,  says Tricky, exercising his right to speak gibberish; he's gnafferguldrtymf
We're closing in on a pink moulded plastic cubby house and two small girls are squabbling over who should be allowed to ascend the moulded plastic staircase first.
There he is! Tricky's voice rings with triumph but I still can't see any boy, let alone a boy who's
gnafferguldrtymf .
Hello girls, I hear myself say in the ghastly faux-bright voice of the clueless adult; Is there a Henry here?
They look quizzically at each other and then glare ferociously at me. I hear Tricky murmur in my ear: There he is, there's Henry...
What's your name? I ask the girl closest to me and she tells me Mackenzie. Tricky is beaming away and nodding like yes, I said that all along, isn't she beautiful?
Tricky would really like to say bye bye to you I tell her and she nods. I get the distinct impression that small boys always want to say bye bye to her. Having got this far of course Tricky is completely tonguetied and nearly paralysed with shyness. He waves his eyelashes at her.
Oookay then! I smile like an idiot, Bye bye Mackenzie!
Byebyetricky she gives him a half wave and her friend takes the opportunity to nip past her and up the staircase.
I drag Tricky away, it's never nice to hear the object of your affections consumed with rage and things are starting to get very heated indeed at the moulded plastic cubby house. Instead we walk hand in hand back up to the car, with Tricky giving me all sorts of useful besotted trivia about 'Henry'. After a few seconds of non stop Henryisms I am about ready to ask Tricky just how serious all this is when the local cat swishes up and stops just long enough for a pat.
And when we continue on, all traces of 'Henry' seem to have gone and he doesn't mention her again.
Almost as if I'd imagined the whole thing.
Posted by OvaGirl at 8:16 PM

Awwww, how sweet! I also worry a bit about Ant and friends as he is very good at independent play and is often off doing his own thing even when there are other kids around...

Ahhh, I knew there was a reason I kept checking this blog every day.

I was waiting for the poetic prose, of course, the deep contemplation of life, as in your previous post...but I was also waiting for the laugh-out-loud Trials And Tribulations of Motherhood post.

Henry sounds a right little heifer and Tricky...well, he sounds as appealing as ever!

well, she's called mckenzie, so the poor girl's already got a cross to bear. Now here's another one for not loving your Tricky the way he should be loved. Know how you feel.